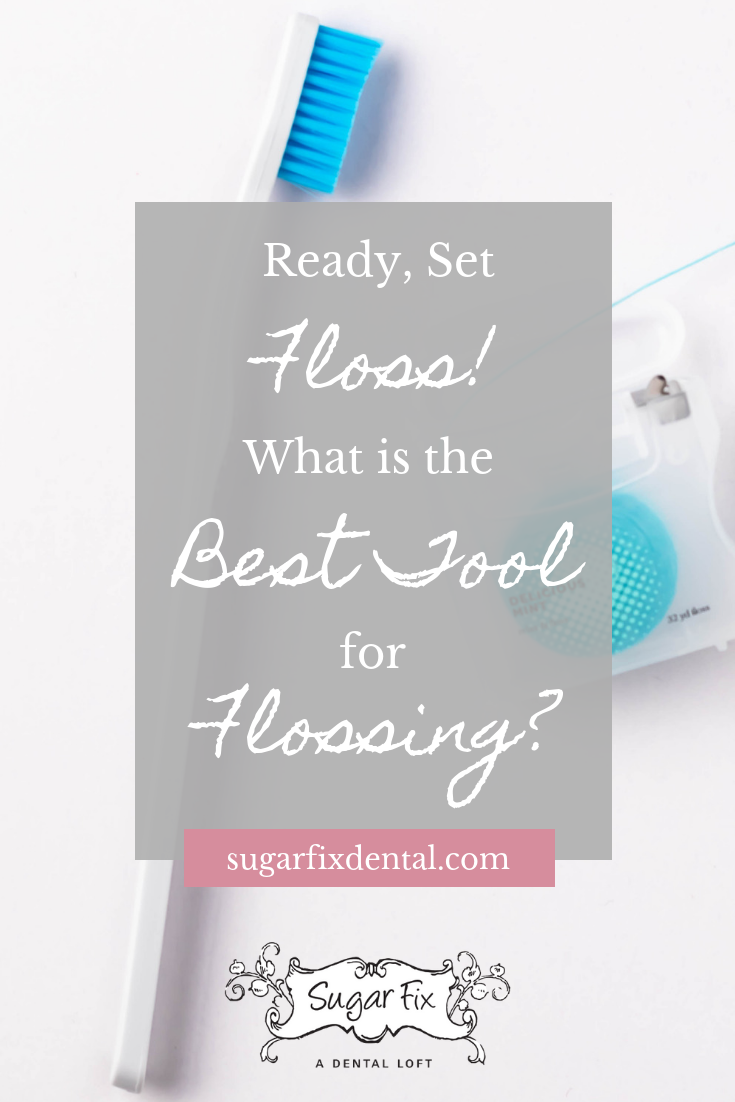 Dental floss is the most common tool people use to clean between their teeth, but the truth is, many people “forget” to do it because it’s a cumbersome process, it can be time-consuming, and it can be difficult to reach the back teeth. We totally get it! We know it isn’t fun, but we love when we see that you’ve been flossing because it means MUCH healthier and happier teeth. That’s why we wanted to see if there was a tool for flossing that works best so it becomes less of a chore!

As I’m sure you know, dental floss is a fine cord that you insert between your teeth to help remove food debris and plaque. Flossing helps prevent cavities from forming, especially between the teeth where toothbrushes fail to reach.

You’ve likely seen these — they’re the little plastic picks with a short piece of floss string through it. These floss picks make it a little easier to get inside the mouth and especially to get the teeth in the way back. A lot of people prefer these over using dental floss in the traditional manner because it’s easier, and the good news is, they’re pretty effective.

In fact, a study done in 2004 found that floss picks were just as effective at promoting gum health as traditional dental floss when used regularly and correctly. Researchers found that both, the floss group and the floss pick group had similarly reduced plaque scores. No significant difference between the two was found.

Have you seen these before? They look like teeny tiny little brushes and they sell reusable ones or packages of disposable ones in most big box stores. They work just like floss or dental picks! Again, this flossing method is very effective… as long as you do it every single day.

Water flossers are the more “high-tech” tool for flossing. Just like Kleenex is to facial tissues, Waterpik is to water flossers. Some people only know them by this name. It’s an interdental cleaning device, meaning it goes between the teeth. It works by directing a thin, powerful jet of water between the teeth and along the gum line to remove food particles and plaque. It’s an alternative to traditional floss… but is it as effective?

While the water flosser does seem to be more effective in at least some studies, the key really is consistency. If you prefer floss picks or an interdental brush, that means you’re probably going to use them more often, which is ultimately what’s going to lead to good oral health.

Remember, even though we recommend brushing twice per day, you only need to floss once. Try really hard to make it part of your regular routine and you’ll notice a big difference next time you go in for a regular checkup! Your dentist will be a lot happier, too 😉